Immediately following the conclusion of my academic program in Florence, I took a train to the airport and made my final journey. I chose Berlin for the history and I chose Malta for the beach.

Berlin is rich in two things: kindness and history. I found the Germans to be incredibly kind, despite the fact I could hardly pronounce a single German word. Patience was not a rarity for sure.

I’m known for finding street art in nearly every place I wander to. Berlin is no different.

Each night we found ourselves enjoying the local bar on a man made beach. Located right below train tracks, I wouldn’t have expected it to have such a lively and enjoyable atmosphere. I stood corrected.

Young in terms of most memorable historical events, this wall stands as a constant reminder of the traumatizing division that took place in Berlin. Knowing that entire families had been separated by this wall brought about a very real sadness of my own. I voiced this while standing within arms reach of this great division and was met with an alternative way to view it. Someone said that perhaps this could stand as a sign of victory over the worst of human evil. The wall was broken, but the will of the people was not.

To say this was touching would be an understatement. This is definitely the single most somber location I have ever found. The idea is simple. It is just 5 acres of concrete blocks arranged in a way resembling both a maze and an infantry formation.

In addition to the main sites, many buildings still bear the scars of war, telling tales of the bullets that were shot and those that stood at either end. 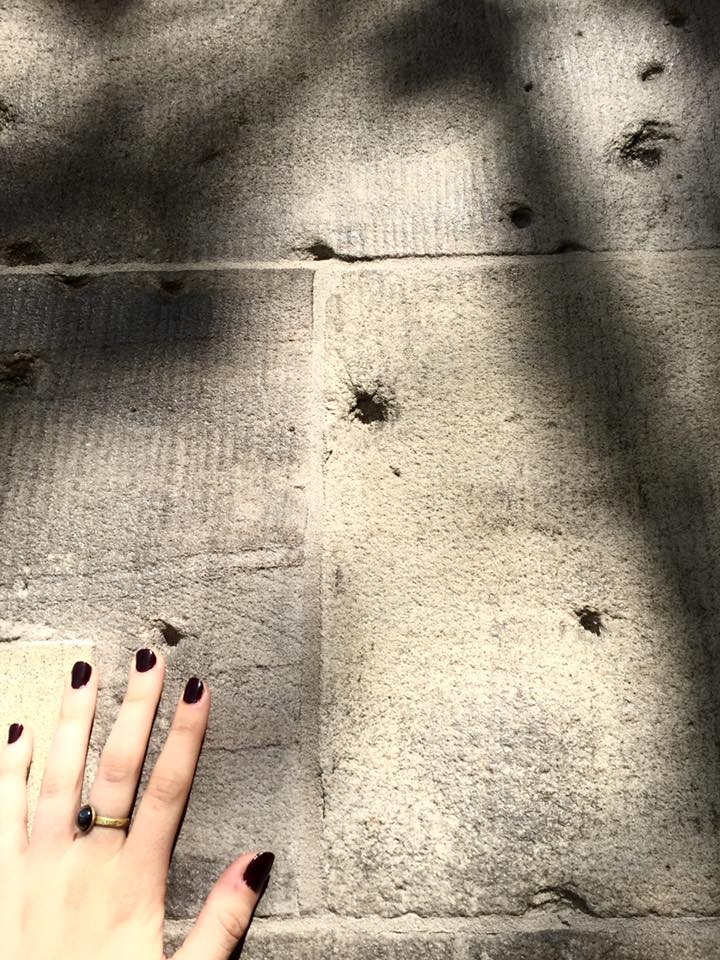 Malta is a small island country just south of Sicily. Home to about 450,000 people, it is one of the smallest, most densely populated countries in the world.

The most stunning feature of Malta is actually where it ends, in a crystal clear abyss. This particular photo was taken at Blue Lagoon, an excursion I secured for only 20 euro including drinks, lunch, and transportation by boat.

As I said, I came to Malta specifically for this. However, once there I realized this country has far more to see. I decided to venture into perhaps one of its more daunting attractions. I found myself in the crypts.

While in Malta I stayed at Boho Hostel. I can’t express just how glad I am I chose this particular place to stay. I met people from all corners of the world and even got to know many of them fairly well. Travelling alone is a nice escape, but you also learn how to find yourself among strangers, only to leave as friends.