Yes, the title of this entry is a lyric from Ed Sheeran’s new album that conveniently features a song about Barcelona, which rings true in my opinion.

Midterms week has finally reared its ugly head. I believe I have done well so far despite the fact I flew to Barcelona this past weekend. I can assure you there are no regrets in that decision.

Sagrada Familia is yet another cathedral that has never been finished. However, this cathedral is particularly unique as it mixed both traditional sculpture and architecture and modern features. The result is something that, to me, resembles wax running off a candle, with various points of interest featuring Jesus crowning the Virgin Mary (a common depiction in Catholic Europe). 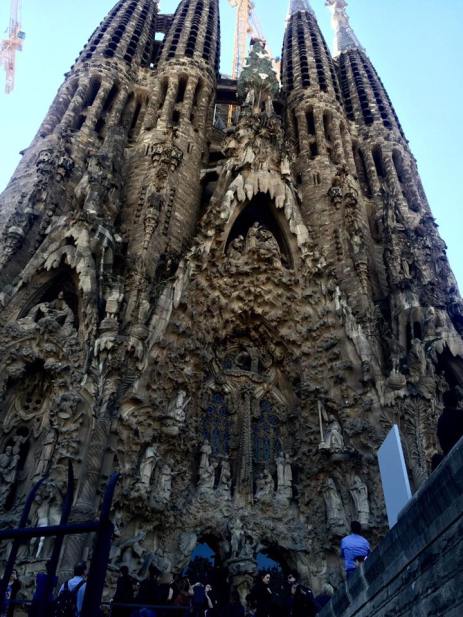 The interior is just as unique and impressive as the facade.

Here you will find the best view of the city. 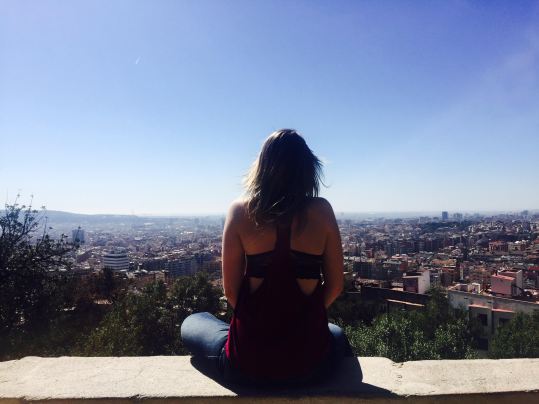 All along the walkway in the park, talented musicians play for change of all kinds. One hand pan player expressed she played to change and heal the earth. I passed her what change I had in my wallet.

As always with a tourist spot, the fake Ray-Ban sellers were among those present. I actually witnessed them running away after having heard rumor of a police officer being nearby. They almost looked like they were having fun running away.

If you have been keeping up with me on this journey, you are familiar with my obsession with water. Barcelona is no different.

I immensely enjoyed chilling out on the rocks jutting out from the sides of the pier. Around me, fishermen were hoping for some luck to catch squid. I was lucky enough to witness one such catch. 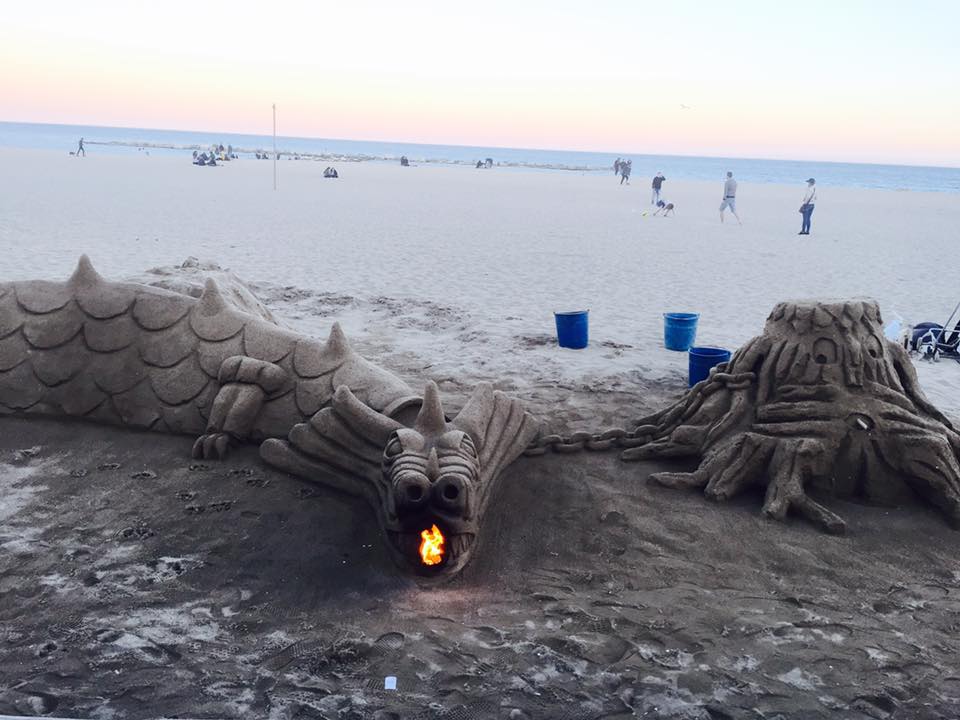 The Fisherman and His Cats

While the sunny weather warmed my face, one fisherman warmed my heart. There were about four stray cats darting in and out of the rocks I was perched on. When a particular fisherman (who seemed rather gruff) arrived, they immediately greeted him as they did figure eights around his legs. I found this peculiar as they seemed to shy away from anyone else. Eventually he pulled out a bag of cat food and poured out enough for all of them onto the rocks. 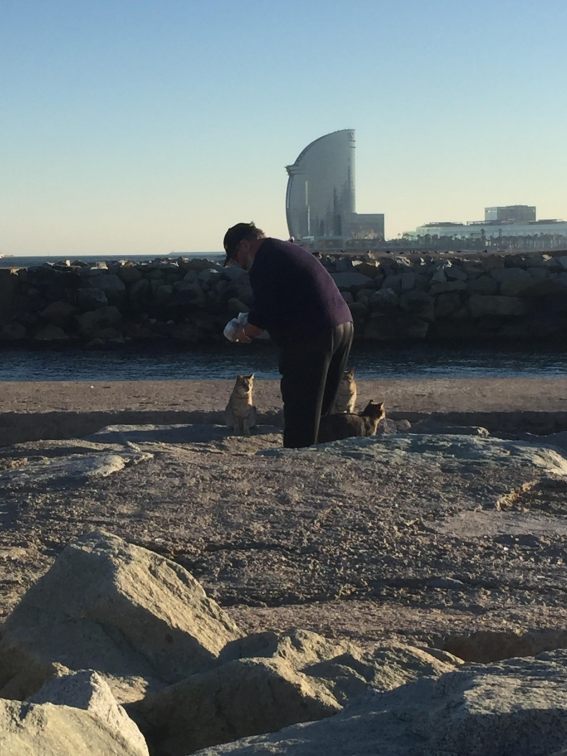 I find the photo a little ironic. The curved building in the backdrop of the photo is the W Barcelona, a crazy expensive and luxurious hotel. Obviously I only know this because of word of mouth and the internet. I am a college student so naturally I stayed in a hostel. Anyways, the richest things can be found in the most mundane of places and the wealthiest places may not always be the richest. 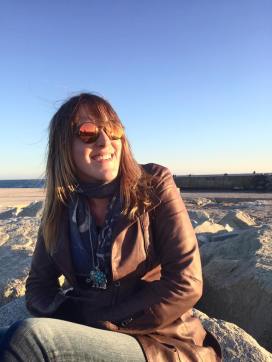 I took over 30,000 steps the day I walked around Barcelona and found plenty of treasures. 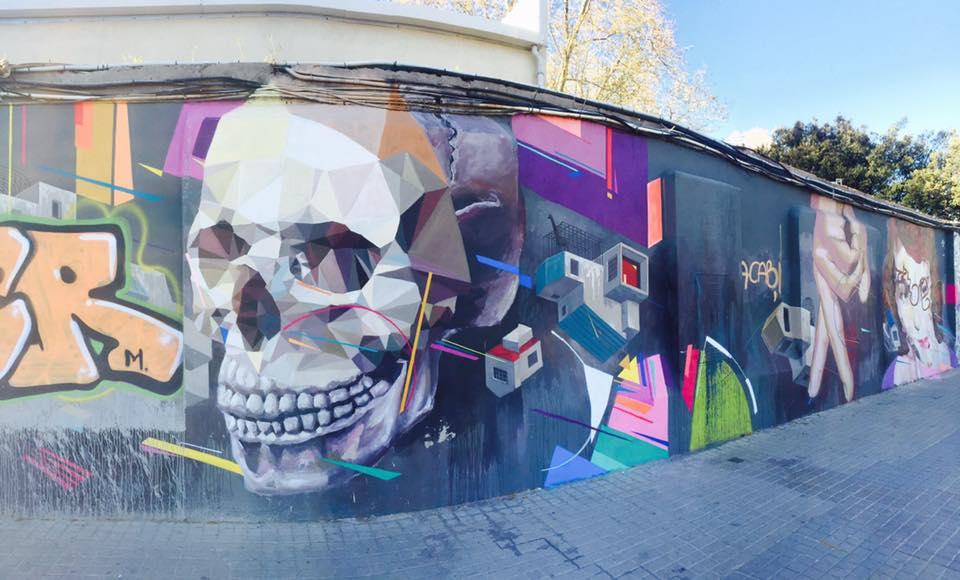 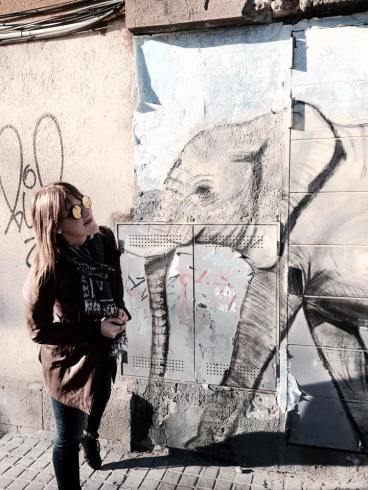 Located outside of Barcelona, accessible by train, is a mountain in Montserrat. Perched on top of it is a monastery. This sight also attracts a fair number of tourists, but most of these tourists take the gondola to the top. 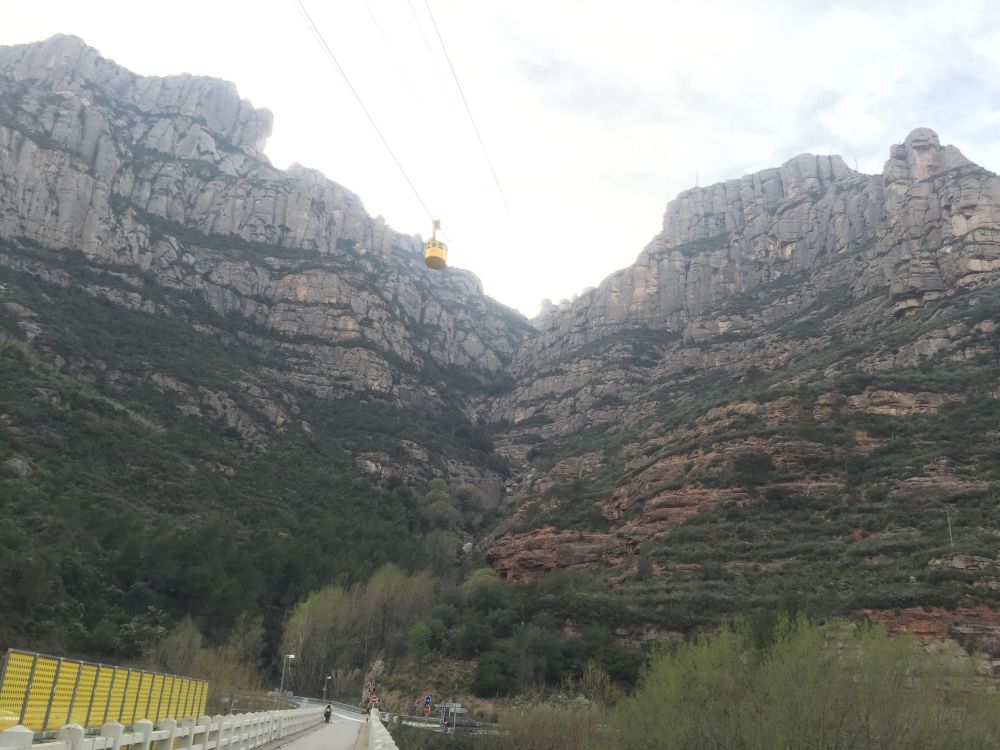 I, of course, opted for the cheaper and more difficult route.

I simply climbed it.

This hike took about 2 hours with a few breaks for snacks.

On the way down I actually saw my first ever mountain goat! The hike was ended with a round of sangrias at a little bar at the foot of the mountain, run by a man who spoke no English. In fact he didn’t even speak Spanish, but rather Catalan. It’s similar to Spanish, but considered an entirely different language spoken in this region of Spain. There are a lot of politics that could be included here, but I won’t get into that.

Cheers to taking the difficult road 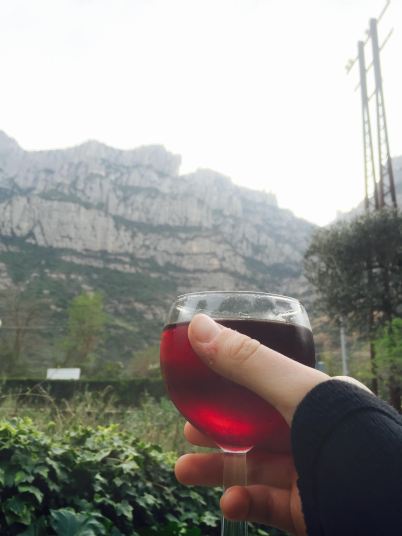