I know I’m way behind and I do sincerely apologize for that. However, now that I’m home I have speedy wifi so hopefully I can get these last few out to you relatively quickly.

After my bit of time spent in Ireland, I’ve decided it was one of my, if not my absolute, favorite trips. Ireland has a certain charm that is difficult to put your finger on.

The nightlife was one of a kind. The Temple Bar district jammed throughout the night to the folky tune of accordions, guitars, banjos, and flutes. This was music you could really get lost in.

Of course, being in the home of Guinness, I had to indulge in the local culture. 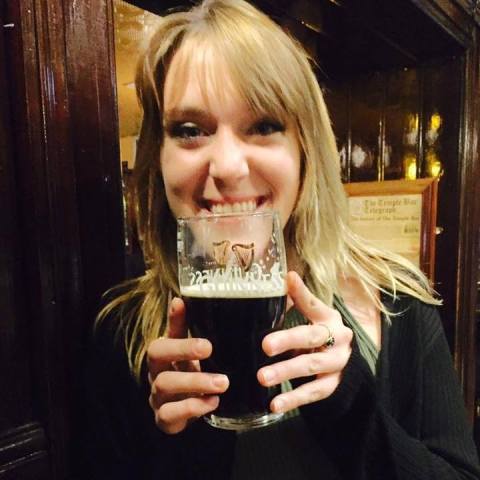 The history of Dublin interested me because it is both interesting and fairly recent. Kilmainham Gaol was well worth the visit. Being the jail during some of Dublin’s most trying times, it holds dark and relevant tales. It held rebels (who would later become martyrs and aid in Ireland’s yearning for independence) and common citizens during the potato famine who intentionally committed crime only to ensure they’d get some sort of meal.

If ever you would like to feel incredibly insignificant, go here. There’s honestly no way to describe the feeling one has when standing on what feels like the edge of the world. When people thought the world was flat, this must have been the sort of scene they envisioned at the end of the mapped world.

I also found this darling who adored the game of fetch.

Galway was both quaint and quite active. 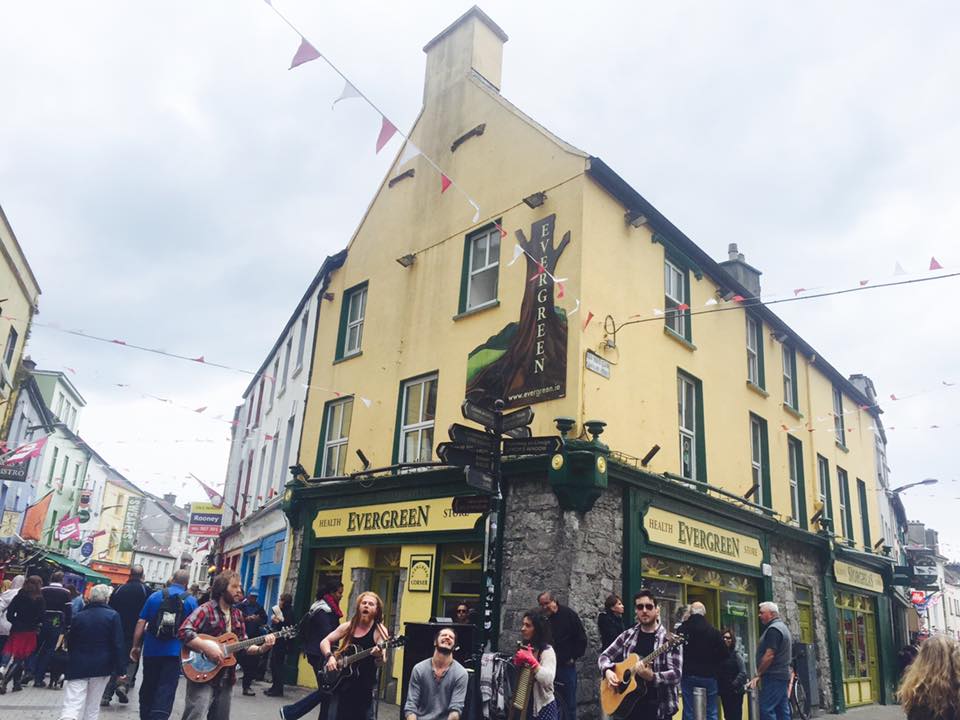 I couldn’t help but visit one of the locations featured in Ed Sheeran’s “Galway Girl” video. The following picture was taken at the bar the video opens up in. In fact I’m sitting at the exact table the lead girl dances on. One of the bartenders asked if I could replicate that scene, but seeing as it was a rather quiet afternoon, I just enjoyed a Guinness peacefully.

There are many myths and legends here in Ireland, however my favorite might have been about the fairies. There is a deep seeded tradition of respecting specific trees due to their inhabitants. I passed some of these trees and noticed they had ribbons tied to them. One belief is that the fairies are able to tell you if a sickly family member will make it or not. If you tie a ribbon with some of the member’s hair to a fairy tree the fairies will indicate the fate of said member. There are infinite cases of lore like this so I hope to one day look deeper into it. Perhaps I’ll try to catch a glimpse of a fairy or two.

I’ll post my last trip just as soon as it is finished. Thanks for the patience!